Your Cart Is Empty. Continue Shopping 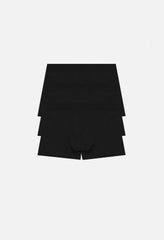 ⚠ Please Add To Cart Or Remove

26 years ago, John sent his first designs to Nike…on Thursday, we launch our first NikeLab collaboration: The Vandal High in Sail and Anthracite.

"When I was eight years old, I constantly drew sneakers in class. My mom encouraged me to send those designs to Nike. To my surprise, 22 years later, I was reminded of the letter they sent back. I still have it. It’s been a lifelong dream to collaborate with Nike. As a first project, the Vandal is a really authentic way for us to begin telling our story through the Swoosh lens.

The Vandal first attracted me in the early 2000’s. A close friend of mine was an early adopter of the Dunk craze, but I didn’t want to jump on that trend. I discovered that the Vandal was something different. I could skate in it, hoop in it, and wear it to school. I immediately gravitated towards the shoe even though it wasn’t as culturally relevant (at that time) as the Dunk.

I loved it because it had a lower profile sole, with design details that are simple and refined. It became part of my identity stylistically. I began wearing the Vandal at a period in my life I always reflect on positively – it was my first time in the workforce, when I finally had a little disposable income, and the opportunity to define my personal style.

When we were first greenlit as a NikeLab collaborator, I immediately thought, right there in the meeting, “I want to work on a Vandal.” It is a natural bridge between what we do at John Elliott and the heritage of Nike.

This project was full of difficult decisions. We debated whether removing the rand would take away too much from the original silhouette. We chose to keep the layered Swoosh, which to me is an iconic element of the shoe’s identity. And, we decided to add a rolled seam, which makes it feel very modern.

Ultimately I wanted to ensure that our Vandal update kept the silhouette approachable – that it would appeal to fans of our brand, while paying respect to the shoe’s history at Nike."